A shamanic-terrorist musical for a classroom

An anti-musical. An anti-academic class. In a classroom in the most ancient university in Brazil, a strange conference takes place. An egg. A book that contains everything. An overhead projector. A desk. A chalkboard. The Master of Sociology – the science of illusion, archaeology of cancer – will dance and teach to his attentive audience of students.

Guillotine is a response to academia. Not training academies for working out the body, but the academies that trains brains. Treadmills of encephalic mass, books, butts on sears, scoliosis, yawning, technical standards, quotes. It is a revolt by the body, an antithetical explosion, an epistemological convulsion. This work was created to take place in university halls. All you need is a table, a chair and a class of students.

I have a theory. This morning I woke up and went to the bathroom to empty my bowels. That's when I saw it. The light. Then I understood what forms the basis of our society, the founding pillar of civilization. That which made it possible to be what we are today. The toilet bowl. Yes, this simple mechanism present in all civilized dwellings. The moment we push the flush button, there occurs what I call the "matrix effect" or "the elemental illusion". It's very simple and I'll explain. That waste, with which we would be obliged to maintain contact, yes, obliged, simply disappear, as if by magic, as if by a magic trick, as if by a supernatural power. That's when we can be free, peaceful citizens, and return to our daily tasks. And where does all this shit go? It doesn't matter. We don't care. Because if we knew, we would go crazy. We would have to face the true face of our being. 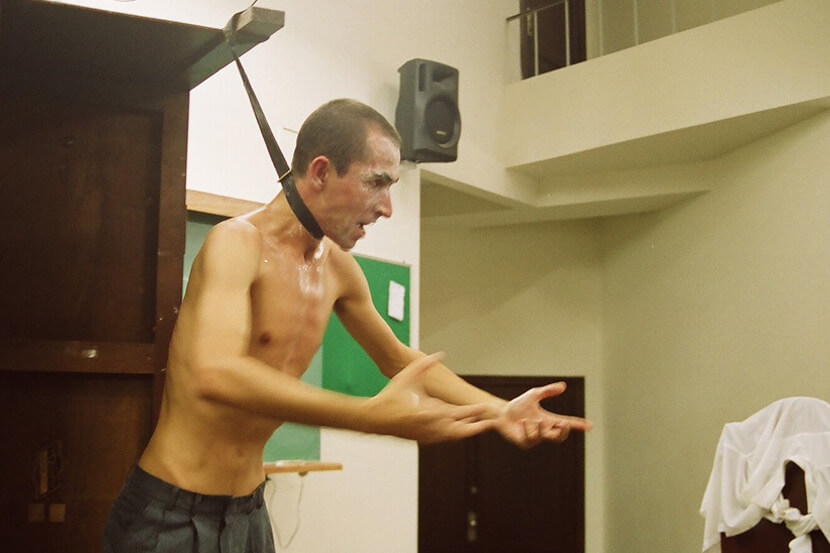 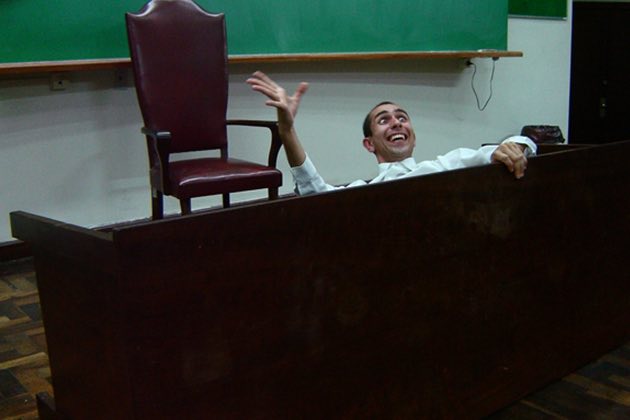 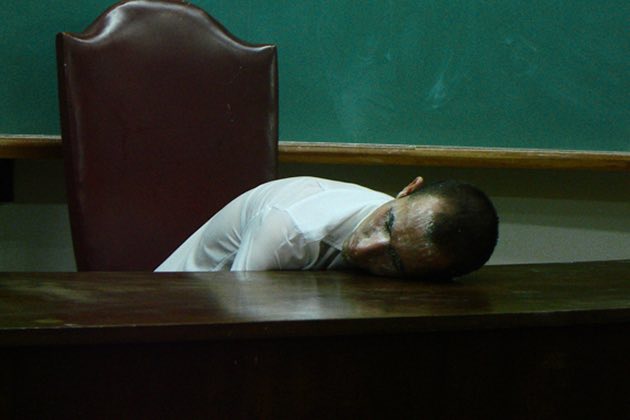 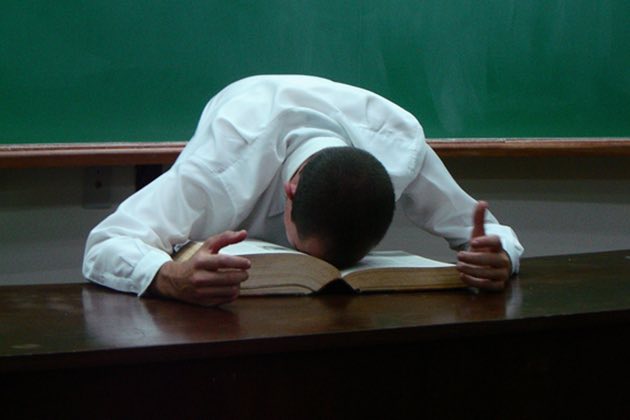 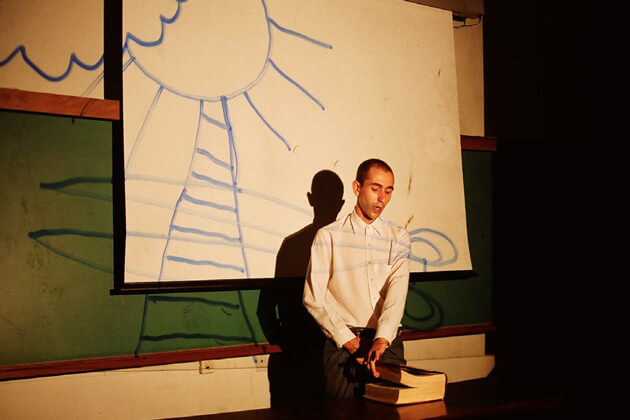 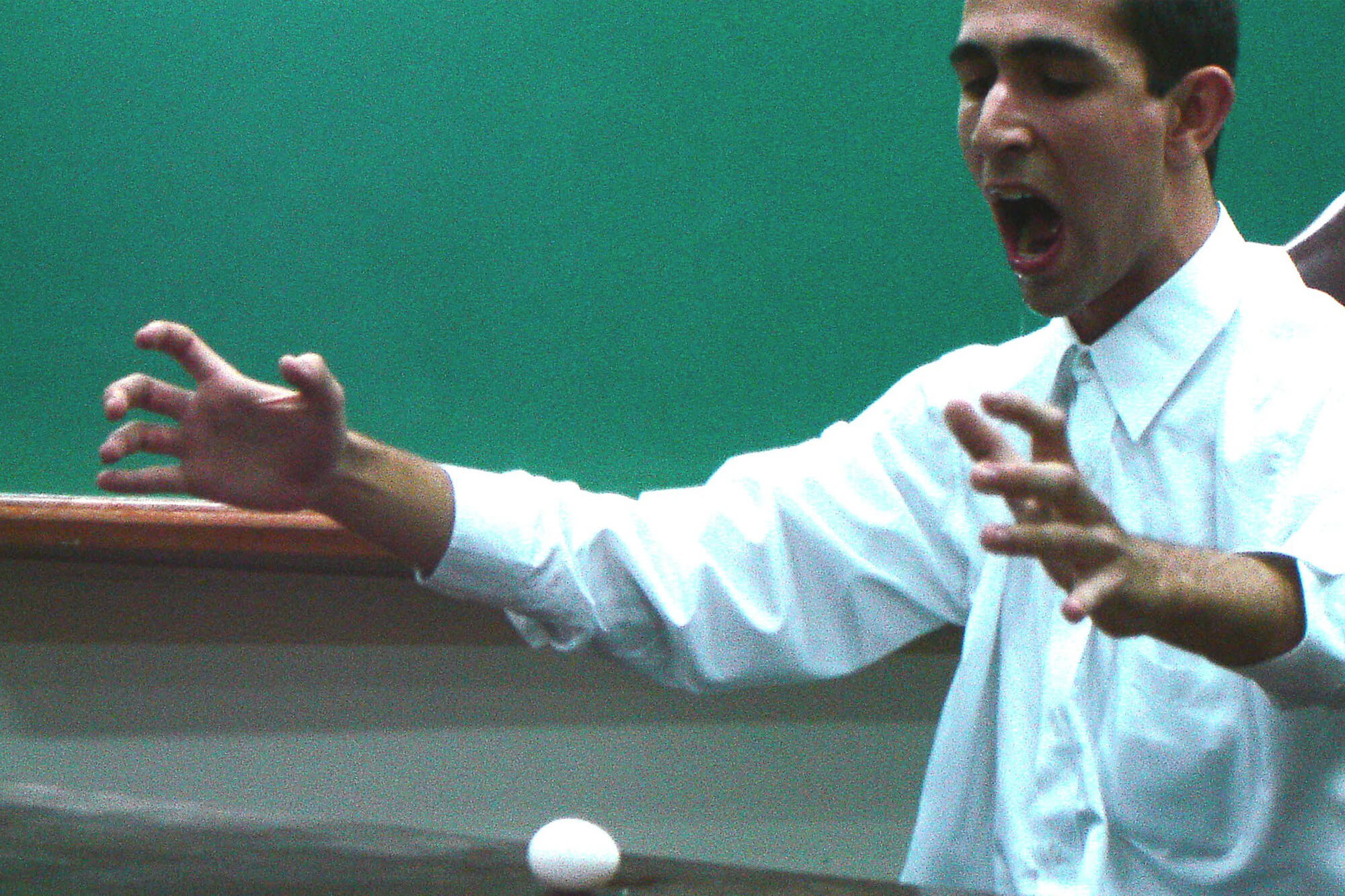 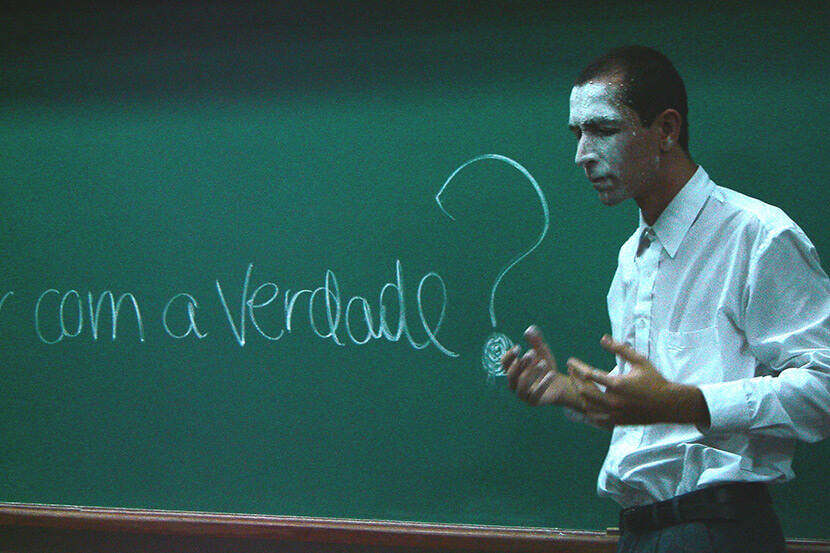